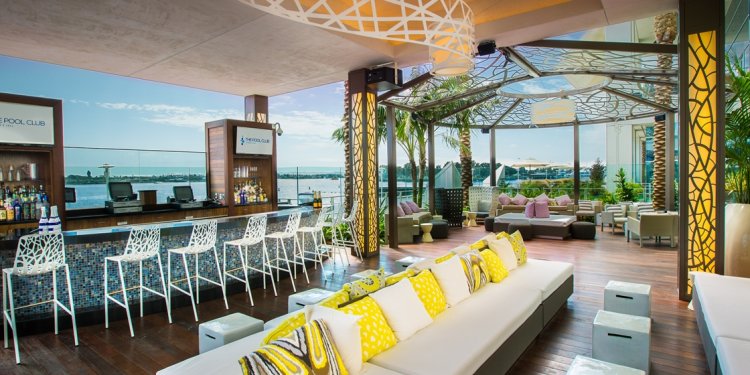 My brother is a huge football fan so we decided to go out last weekend and watch a few of the games. I let him pick the place since I know absolutely nothing about sports bars. He wanted to go to Fox Sports Bar & Grill downtown so I said sure, I really didn't care where we went to tell you the truth. We took the trolley downtown and walked on over. Right when we walked through the doors I could not believe how many televisions they had on the walls. With the olympics playing they probably had 20 different sports on TV. Just walking to our table I saw swimming, baseball, volleyball, football, basketball. You name it, they were playing it. Our server, Sierra, came by right away to take our drink orders. I am not a big beer drinker so she helped me pick out a mixed drink. I forget what it was called but it was super yummy. Props to Sierra for picking it out! Our food came out quick, and while it wasn't the healthiest, it was still tasty (I guess healthy and sports bars don't belong in the same sentence anyways). My brother drank his beers and watched football while I drank my delicious concoction and watched the olympics. It actually turned into a great bonding experience. We have already made plans to come back for a few chargers games!

I had been staying at the hotel for a conference last week and went here on Wednesday after the conference was over while waiting to catch the red eye back to the east coast. I did not have particularly good things to say about the hotel, but had a great evening here. Bartenders were wonderful and handled a big crowd very well. I ordered the brussels sprout appetizer (brussels sprouts w/ bacon and a fried egg on top) - I swear I thought I'd died and gone to heaven. It was so so good - what a surprise because I was sitting at a hotel sports bar! Also had the Octopus appetizer. 90% great - the broth and flavor were amazing - lots of octopus - the only 10% issue was that some of the smaller pieces of octopus were a tad dry and chewy. That's okay, though...bartender brought me some sourdough bread to soak up the broth. I came pretty close to picking up the bowl and drinking it.