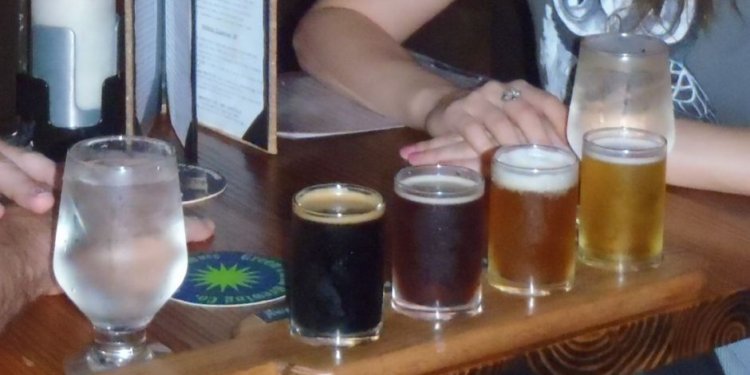 In the, the beer experience goes beyond the huge selection of industry-leading breweries. It's embraced by the local food, in the beer-centric cooking and pairings at restaurants. There are bottle shops, festivals and other events dedicated to the craft. And, of course, there are the beer bars. Throw one back at one of these amazing watering holes and you won't regret it.

The Brew Project, Hillcrest This place is all about the selection. The 30+ taps are carefully curated to offer special and small batch beers that you can't get in most places. Churchill's Pub & Grille, San Marcos One of the first bars to embrace the San Diego craft beer scene, this place also offers awesome food. It has 50 craft beers on tap - perfect for doing tasters. Toronado, North Park A huge, always-changing selection of beer on one of the best streets in the country for good beer. It gets packed, so know what you want by the time you get to the bar. Neighborhood, Downtown Great beer, great burgers, close to the ballpark...a winning combination. Oh and...shh... there's a speakeasy called Noble Experiment in the back. Hamilton's Tavern, South Park Dark, divey and full of one of the best craft beer selections around. Try the Russian Roulette wings if you dare. Check the online calendar for what's coming up at the bar as they host regular Firkin Fridays (with limited, aged, small-cask beer) and lots of special release events with guest brewers. Blind Lady Ale House, Normal Heights While it brews its own beer (Automatic Brewing Co.) in the back, this place has an awesome collection of local drafts. Their pizza is known to rival the beer in deliciousness, too. This bar's brother, Tiger!Tiger!, is nearby in North Park and worth a visit as well. Coin-Op Game Room, North Park Great selection of local beers on tap...almost as impressive as its selection of old-school classic arcade games, like pinball, Mortal Kombat and Ms. Pac-Man. Check out giant Jenga on the back patio, too. Bottlecraft, Little Italy Enjoy a constantly changing selection of craft beers in Little Italy (surrounded by great eats!) and then check out their massive bottle selection for a 22-ounce nightcap to enjoy back at home. Fathom Bistro, Bait, and Tackle, Shelter Island Enjoy a local beer on a pier, with a bait shop next door, and watch the people fish around you. Or just take in the amazing view of the San Diego skyline. Watch the pelicans, too - they're known to try and steal fish from the fishermen! Draft, Mission Beach The selection plus location is epic. Giant open windows face out toward the boardwalk and Pacific Ocean. It's quintessentially San Diegan. Go at sunset - you won't regret it. Clem's Tap House, Kensington Tucked away in a strip mall in the quaint Kensington neighborhood, Clem's Tap House offers a great selection of rotating handles. Plus, it's one of Will Ferrell's favorite places to drink, so it has to be good. O'Brien's Pub, Kearny Mesa A tap list to make a beer snob happy. Divey enough to put him or her in their place. This fun bar is where many actual brewers choose to go. Panama 66, Balboa Park What's more San Diego than this? A superb selection of SD beers, enjoyed outside directly under the iconic California Tower. Quad AleHouse, Downtown This third-floor location sits high above the street, giving patrons a great view of the vibrant Gaslamp Quarter as they pick from an extensive beer list. Petco Park, Downtown Not exactly a bar, but Petco Park has changed the game when it comes to beer. No more need to settle for fizzy swill. Watch the Padres with one of San Diego's legendary local craft beers.