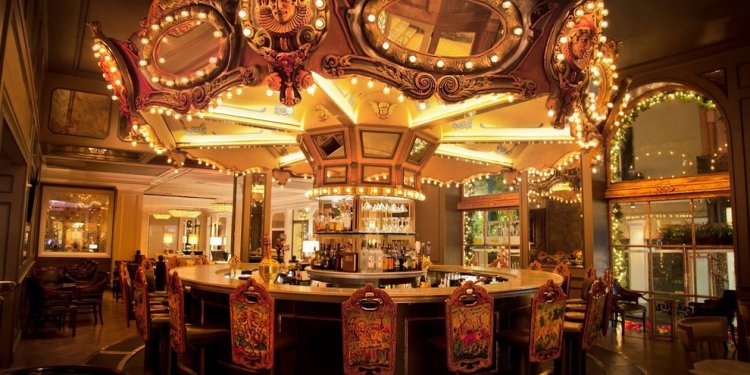 Premiering in the Gaslamp this weekend is 1919, replacing the downtown Nicky Rotten's; its owned by Treehouse Hospitality Group which also runs the Music Box live music venue and the Coronado location of Nicky Rotten's. The space has been thoroughly remodeled down to the building's 1880s original brick, for a new take on a neighborhood sports bar that includes a private dining room and 25 HDTVs with special technology that enables diners to listen to audio from any of the games on their smartphones. The "refined bar food" menu ranges from fried chicken skins to fancy popcorn and a charcuterie board to salads, soups and larger plates that includes gourmet burger variations, chicken and waffles and an open faced short rib cornbread sandwich. There are 18 beers plus two cocktails on tap, and a drink list that runs from whiskey with homemade vanilla cola and prosecco with elderflower liqueur to shots with housemade pickle backs. 1919 will be open daily from 11 a.m. to 2 p.m., with a weekend brunch, a weekday happy hour and a late night menu available until 1:19 a.m.

This weekend also marks the relaunch of Prohibition, the underground speakeasy that will be open from 9:30 p.m. to 1:30 a.m. Wednesday through Sunday, featuring live jazz, blue and soul music. Though the design of the bar hasn't changed, it has an entirely fresh cocktail list from notable lead bartender Ryan Andrews, with spins on Prohibition-era drinks, riffs on a daiquiri and original recipes. It also has a dress code, which will be enforced on Fridays and Saturdays, and a password system for entry that will be passed via word of mouth for front-of-the-line privileges.

Less exclusive is a new lounge called Last Call, which spans a second floor space above the speakeasy. Open from 6 p.m. to 2 a.m., it has capacity for 70 and will serve 1919's food menu. The cocktail list from Prohibition will be available, plus several beers on tap.