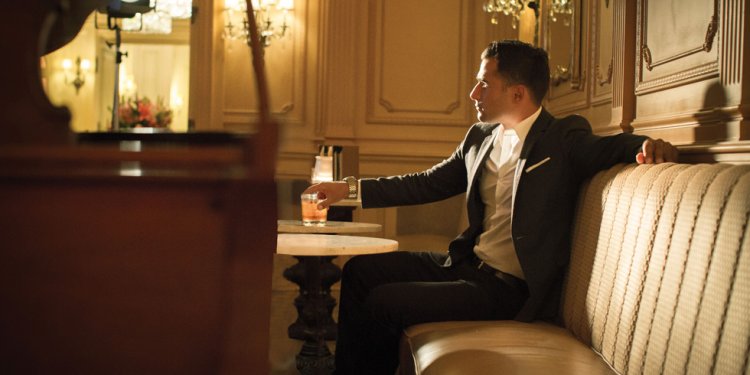 If you've never experienced this wonder, you haven't lived. Embark on a journey to the base of Imperial Tower and let your inner wild thing loose, for you are stepping into the palace that Rick built himself. Tonight, collectively, we were all asked if we liked music. After a sporadic "whoohoo" and a couple golf claps from the self proclaimed "Lyon's Cubs" we were immediately instructed to "Shut up". The Cubs roared, the alcohol flowed faster than Dean Spanos hightailing it to LA, and the fingers blazed like lightning across the keyboard to the beat of "Hotel California". Respect the Man, the Man may or may not respect you. But holy moly what a damn fine time.

Rick Lyon is half man, half god. Legend has it he used to play keys for the angels in heaven but things got weird when John Denver showed up and couldn't pull off Country Roads the way Rick could. So, always the gentleman, Rick decided to take up residency at the Imperial House and dwell among mortals, wooing us with his sultry singing and gracing us with the sounds of heaven and the 1970's. It didn't take long before Rick Lyon became synonymous with San Diego awesome. Setting up shop in a bar built by the hands of Ron Burgundy himself, with its dynamic 8 Track tape and combo synth system, perfection had been achieved. And, since everything was perfect, there was no need to change a goddam thing. And as it was in the 1970's so it is today in all of Rick Lyon's piano man glory. Rick is an accommodating soul and will sing most any song requested, and better than you! But god help the man who places a drink on the piano. He's cool with a lot of things, but that, my friends, is the greatest of sins in Rick Lyon's piano bar. Seriously, don't do that. You can catch Rick on Friday and Saturday nights. If you're lucky, and if it's slow, he may even saddle up to you at the bar during a break in the set, which would be the second best part of your night because the only thing better than Rick Lyon sitting next to you at the bar is Rick Lyon on the keys, right where heaven wants him.

Rick is a San Diego legend and treasure! And don't even THINK about requesting a long song without putting money in the tip jar! He is surly and I love it! God bless that keyboard that plays his backing tracks off of floppy disks!!!

Behold the King of San Diego. Rick Lyon rules the city from his throne of ivory keys, set in a palace of red leather and dim, sexy lighting otherwise known as the Imperial House. Long live the king.

Just saw Rick Lyon at an Eaton Open House event. This guy knows how to entertain. Tickled the ivories for hours straight and hit his high with his rendition of Werewolves of London. Genius!

The man has magic in his fingers. Mostly derived from the power of his mustache. Tickling the ivory at imperial house.