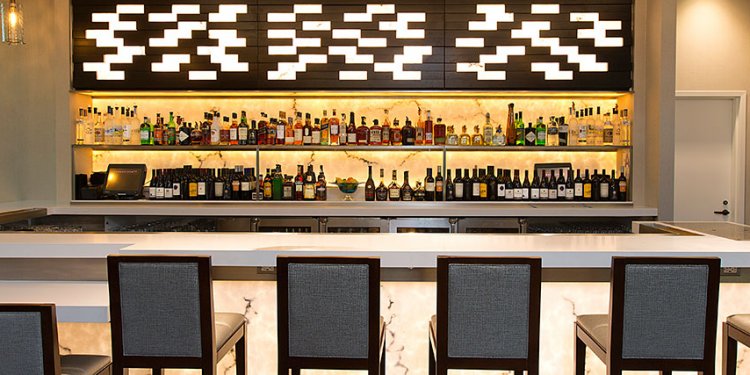 With commanding views of Coronado Island, downtown and beyond, the Top Of The Hyatt has long secured its status as one of San Diego’s prime sky-high drinking destinations.

Set to officially reopen at 3 p.m. today, the storied space has been re-imagined into a contemporary lounge designed to capitalize on its panoramic views while offering a wider variety of seating configurations. Two central pillars were fully removed to create a modern, open plan concept, affording unobstructed views from almost every angle.

Communal high-top tables ground the center of the space while low, lounge seating and swivel chairs line the floor-to-ceiling windows. The redesigned bar area offers seating for nine and incorporates several lighting elements, including pendant lamps and backlit paneling; large sectional sofas anchor a more informal seating area towards the southern end of the room. Influenced by its waterfront location, the new look brings the outdoors in with ocean-inspired colors, textures and materials.