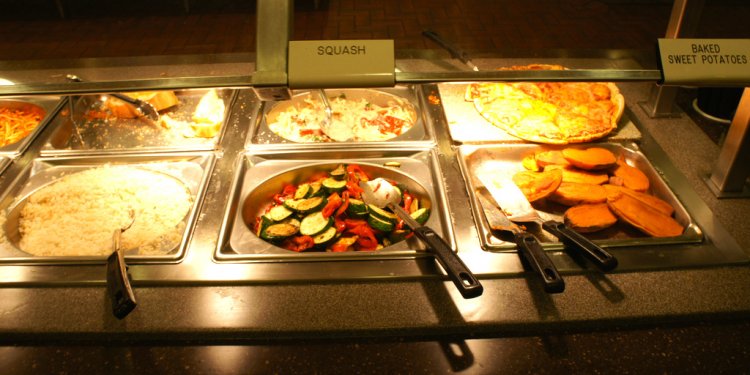 Apparently over the years, the Personal Pan Pizza has shrunk, do to either econmoics or greediness, because the meatball and mushroom personal pan pizza I ordered from here should of been called a mini personal pan pizza. In addition, the Quepapas were recommended to me, so I ordered an order for $4.95. The pizza looked pretty good when it arrived and came with a good amount of meatballs and mushrooms for the size of the pizza ( The meatballs were okay and the mushrooms good. I felt the meatballs needed more seasoning ( The pizza had a good amount of cheese and the crust was at a medium thickness, but it did not provide that buttery texture as much as a larger pan pizza does ( Overall, the pizza was good, but its sheer lack of size reminded me of a cartoon event. This was not personal 8" pizza, but more like 6" on a good day. The quepapas were pretty good. I liked the golden brown crunchy exterior ( and the soft flavor shredded potatoes mixed with mild green peppers, which reminded me of "rajas, " a Mexican green pepper and cheese dish ( The only problem with the quepapas was the mystery cheese. There was almost none to be had, even though they were suppose to have some. I recommended they find away to put more cheese in this, so that it oozes out... Service was hit and miss, the first girl I had was great, but then she went on a delivery, so I was pretty much ignored, except when my food was delivered, and to pay, I had to go to the counter to pay.

Worst dinner we had so far. We tried to give it a try for a dine in pizza. We for seated and ordered appetizer. We has the fires and wings. We waited 20 minutes for the appetizer. The wings was decent, but the fries were kids size for $3. It's was just really sad. For main entree we orders half Hawaiin & half cheese. Yet another failure. The cheese pizza didn't look right nor cooked. Wasn't satisfied at all. So disgusted with the food and service. Never again. Save your trip and Don't come and dine in.

This location has converted to a table service restaurant. While I like what they're trying it's a bit slow for this type of establishment. Pizza Huts were like this when I was younger but they had a number of arcade games for kids to kill the time. We waited about 30 min for our pizza and it was really tasteless. I don't think the taste had anything to do with this location. The girl working the register and tables was very nice but deliveries are made a priority so even with just 2 families in the restaurant they said they were slammed in the kitchen. That's another challenge of the table service model they will have to figure out as well. Plus it felt odd tipping someone in a place as a waitress that has always been a "do it yourself" type of seating and drink place.

Oh how I don't like to write bad reviews. I already had to write one of those today so it pleases me to give credit where credit is due. After I had a bad experience with the previous business I was at I came here to order some lunch and was very promptly and curiously greeted by a young lady named Jenni. She was very friendly and made it a pleasure to come in this establishment and order my lunch. It's pretty quiet in here which is just how I like it anyhow. I didn't come back here for many many years because of the service I had last experienced here many years ago. I had ordered a personal pan pizza (Hawaiian) and was told it was going to be a 15 min. wait. There was a young lady that just brought me my pizza to my table from the back of the kitchen in only 9 minutes. Thanks Pizza Hut! You all rock!!

Well I just wrote a pretty lengthy review after going to this pizza hut and apparently it didn't post..here goes...my kids and I had lunch here today I was disappointed to see they had gotten rid of the buffet but got over it...but overall I was very unsatisfied with the service we received it was lousy, they weren't polite the majority of the time they were in the back when we needed something we had to go look for an employee because they never checked on us...the food was good but they seemed lazy and like they didn't care an didn't do their job.i won't be going back

Not the best pizza I've had. Would have been one star, but was delivered 15 minutes earlier than anticipated. I ordered the two mediums for $6.99 and an 8 piece traditional wings. The crust on the pizzas were not very good. I got hand tossed with hut favorite seasoning and extra sauce, which they barely put any sauce on out sadly. Dough did not taste fresh at all and the seasoning was not good. Described as being buttery... No butter flavor at all. Thin n crispy crust with parm... Burnt. The wings were okay. The sauce was quite liquidy and not thick. There was a pool of the sauce at the bottom of the bowl they were delivered in. I really enjoy pizza, but this experience makes me want to boycott pizza chains. Step your game up.