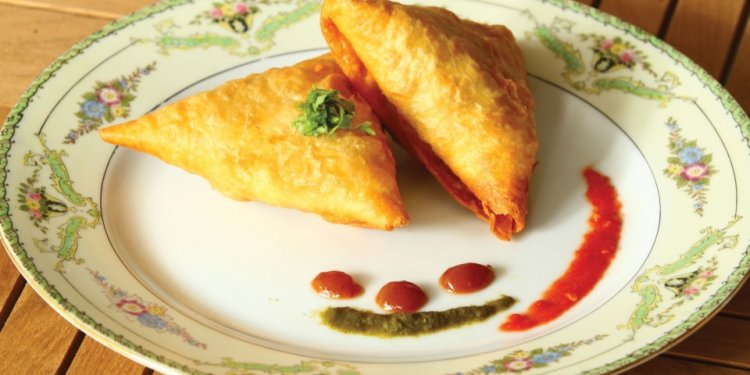 Had the veg biryani it was really good. Staff was sweet n welcoming Masala tea was not great.

This place has really dropped in quality of food, service and ambience. It used to be Monsoon, then became Namaste until the current owner took over. Food - the food is clearly the worst that it has ever been. We ordered chili chicken, butter chicken, dal and malai kofta along with Naan, onion kulcha and parantha. The food wasn't fresh. The dal was clearly a few days old. The butter chicken was colored red and unappetizing. Less than average food cooked by someone that doesn't understand Indian food or fine dining. Service - this place has just 2 servers and a hostess for a Saturday evening. The server provided us water in badly washed glasses with food sticking to it. Ambience - the restaurant is clearly falling apart. The furniture and decor is falling apart. The tv didn't work because apparently the owner didn't pay the cable bill and is in India. Overall this was a very sad and bad experience. We will clearly not come back here.

The greatest thing about this restaurant was the bartender, Patrice! She was a great mixologist and had plenty to share about the city of San Diego. They had Happy Hour specials outside of the traditional post work hours. We ordered the Peaking Chicken and it wasn't that good. Patrice did make us some great drinks though.

Very good Indian food. I ordered the lamb vindaloo which was very authentic. Ordered it medium to hot. Was as I expected. I've been to Mumbai & London many times and have tasted some of the best Indian food in the world. The atmosphere was very authentic. I didn't care for the hipster waiter that was strutting around the restaurant doing nothing. I think he was the owners son. The rice and garlic naan was perfect. They even had kingfisher beer. The price was reasonable for San Diego (27.00). Will be back again on my next visit.

The Indian is goid but not extraordinary. Asked for extra hot but still came out just medium.

Really really bad service. We went on a weekend night and the place was not even full. For 30 mins nobody even gave us the menus. We have to get them ourselves. When we ordered appetizers they came with no sauce and no plates for us to share and eat. Servers never came to fill a glass of water or ask us how the food is. Over and above they charged us 18℅ gratuity in the bill. I won't recommend this place to anybody to pay for expensive food with no service what so ever. Food was OK.

I stopped in for lunch. Got the butter chicken which came with: a garden salad; fluffy white rice; potatoes and cauliflower with yummy spices; and a huge portion of naan. So gosh dang yummy. It is a very spacious restaurant, the decor is fun and the service was great. I will return :)

My boyfriend's favorite food is Indian so when we saw that a new Indian spot was opening in downtown, we had to stop in for a visit. We were not disappointed. The atmosphere is very hip, yet peaceful and actually quite romantic. We started with some of their cocktails that have an Indian twist. I had their gimlet which was very refreshing. I was not a fan of my boyfriend's margarita, but he enjoyed it. We've had a few of their appetizers now and we've determined that their soup is the best. We used to split it, but moving forward, we're just going to order two because we both enjoy it so much! It almost tastes like a chowder. It's very creamy and has some great flavors. I did not enjoy their bruschetta. It was covered in onions and an odd cheese. It sounded great in theory, but it just didn't work. Our server was nice enough to bring us another appetizer instead. We got the samosas which are massive. Very tasty, but a little filling since we still had our entree to look forward to. For the main course, we split their Paneer Tikka Masala with garlic naan. It's one of those meals that I'd be happy eating a few times a week and never grow tired of. Phulkari makes a great masala that is well seasoned with the perfect amount of heat. There are a lot of other entrees that I'm intrigued to come back and try for our next visit.

I ordered food from this restaurant last weekend to have delivered, they said an hour. 10 minutes before the food was due to be delivered, I received a call from them letting me know that another delivery driver had taken my food. I said "ok". The guy said "He'd figure it out." I called the resaturant 30 minutes later, they said my food was on it's way. Another hour goes by, I call the restaurant, they said the food was on it's way. Finally I called a 3rd time, and requested a refund, they told me to the delivery driver was en route to my address. They refunded me the money and said if the food arrives that it was on the house. Well guess what, it was 10pm and no food was delivered the only thing open by then was Domino's.

Overpriced restaurant that serves low quantity. Went in on a Saturday night and ordered Paneer Tikka (dry) and Malai kofta. While the Malai Kofta curry was decent, Paneer Tikka was horrible. What really annoyed me was that this restaurant served exactly 6 prices of Paneer.Are you kidding me???! Paneer was not cooked properly and wasn't marinated properly either. Tjere was no taste of any spices, salt and it just tasted blend. Yuck. Yuck. Malai kofta was decent but then again the quantity was less. I am not going back to this restaurant for its over priced, low quality (lazy chef) and less quantity food.

Best indian food I've had in a long time! Found this place on yelp and decided to try it out for a quick lunch when visiting San Diego for a couple of days. Great ambience and food was delicious. Only downside was that i ordered Kadai paneer lunch special and got chicken in my dish instead. The server was apologetic and replaced it with the right order promptly and even offered a complimentary dessert to make up for it. Will definitely put this on my list for our next visit. Great value for money.