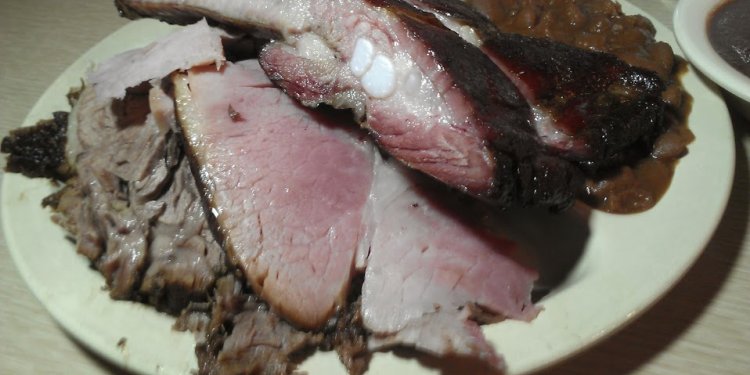 Give your grill a break this season. Instead, rev up your engine and venture all over the county for brisket, ribs and sausages smoked by San Diego's top pitmasters. Read on below for eight sure-fire spots for finger-lickin' homestyle 'cue.

BBQ goes mainstream with this Southern California chain specializing in wood-grilled entrees. But mainstream doesn’t necessarily translate to bad. The chain has been awarded several prestigious honors for their food, a testament to owners Ofer Shemtov and Eric Anders' commitment to quality grilled meats that draws huge lines during lunch and dinner.

Texas-style BBQ meets the surf and sand at this Pacific Beach eatery. A mix of oak and hickory combined with hours of smoking transforms brisket, ribs, pork and chicken into melt-in-your-mouth BBQ. It doesn't hurt that they also serve more than a dozen beers on tap for the craft-brew crowd.

Rather than specialize in one type of BBQ, this diminutive North Park joint serves Kansas City and Southern variations with an emphasis on pork-centric entrees. Dry rubs and a prolonged smoking process, combined with their housemade Carolina BBQ sauce, is one of several delicious reasons why they often sell out early.

Homesick Texans won’t find any fault with the beef brisket at this authentic Lemon Grove spot. With visible smoke rings and tender, pull-apart meat, the brisket is only the start of a varied menu that also includes pork spareribs, rib tips, chicken and pulled pork. This popular and always-bustling eatery closes for the day when they sell out.

Don’t Miss: The Knock Out (.99), a six-meat sampler with a choice of two large sides.
Side Show: Red beans and rice or collard greens

Phil’s BBQ has been a popular institution in San Diego ever since they opened up their original — now defunct — eatery in Mission Hills. Today, this BBQ empire includes several spots in Point Loma, Santee, San Marcos and the airport— all of which have ever-present long lines. Everything from the ribs to the boneless chicken chunks gets slathered in their signature spicy-sweet BBQ sauce.

With its smoker in full view in the kitchen and the smell of cooking meat wafting throughout, Bull's is the closest thing to a picnic you’ll find in the Linda Vista area. They serve up Texas-style BBQ with homestyle hospitality. Smoked beef and pork ribs, chicken and brisket are highlighted by two kinds of sauces — sweet and original — both made in-house.